Food happens with you start throwing things together. Good food.

Put my blueberries in before cooking my steel cut oats in my Instant Pot, because they were frozen. Had some homemade coconut yogurt I wanted to eat up. Have been experimenting with date paste as sweetener in more recipes, so had a bit of that left to use. And, as always, a sprinkle of a Tbl. of ground Flax Seed always boosts the goodness. 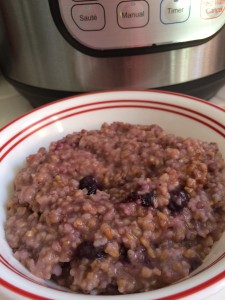 What did you fuel your day with today?

If you’ve been a reader of my ‘from me’ blog long-term, you know I have several yogurt making posts there. I’ve also written a Beginner’s Handbook for Yogurt Making. But it’s time to experiment again.

Dairy-free yogurts tend to not set up as well without additives. I don’t really like my yogurt texture to be jello-like. Homemade soy milk yogurt does better and we’ve liked it. I prefer a raw yogurt if possible though. So I began looking again for options.

A “raw milk” I’ve made in the last few years that wasn’t on my radar back when I made my original yogurt posts and book is Coconut Milk. Now, I’ve never bought coconut milk; I don’t like the list of ingredients in it, same with other commercially made “not milks”. But I have made fresh Coconut Milk. Raw Almond Milk, our usual, is made quickly and easily at home, and we love it. But it doesn’t make a great yogurt on its own. A couple ideas got my brain re-thinking on successfully making not milk yogurts, and it’s time to experiment with the first. 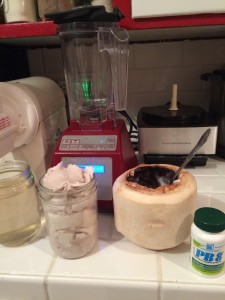 I love young Thai coconuts. (Find them locally at a Asian grocer, Whole Foods, HyVee, or order through Azure Standard–all much cheaper than this link.) My favorite thing to do with them is to make fresh Coconut Water Kefir. (I’ll add an updated post on this blog and link it here.) Yummy, probiotic drink, great for the gut. I put it in smoothies a lot, and you can make fizzy fruit “pop” with it.  We also love to just drink the raw coconut water fresh. The younger boys love to drink straight from the coconut itself. Sometimes (not often) make fresh coconut milk.

Generally, I use the meat in green smoothies or recipes. But the daily (or every other) making of coconut kefir water goes through more water than we use of the meat. That, having extra in the freezer, can be great for the occasional recipe that calls for larger amounts of coconut meat. But … What else could I do, on a more regular basis?

What is needed for yogurt, especially thicker yogurt? I knew the natural sweetness and fat content in the coconut would both be helpful. The key would be to make my own coconut milk so I could control the consistency of the yogurt, since I knew it wasn’t going to get much thicker than when I put it in. 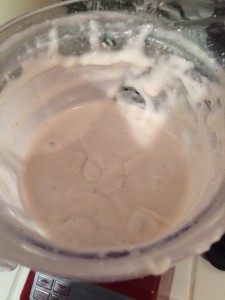 3 young coconuts provided 2 cups of coconut meat for me to experiment with, and way more coconut water than I knew I’d use in the yogurt. (Of course, the rest is for Coconut Water Kefir.) I decided to add a bit of my homemade Vanilla. And used probiotic capsules for my culture; as they were all I had on hand at 11 at night. 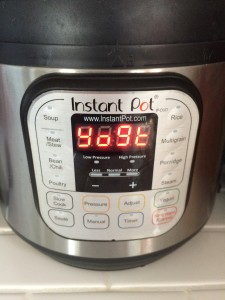 I culture yogurt in many ways. My dehydrator is my favorite because it’s the easiest and it’s always on my counter and usually running. But, since I started using an Instant Pot, and it has a Yogurt feature and I hadn’t tried it yet, I decided to go that way this time. 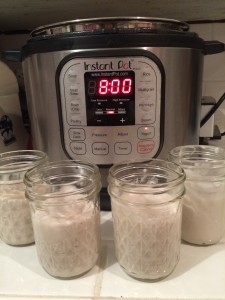 Here’s how I did it–and my notes. 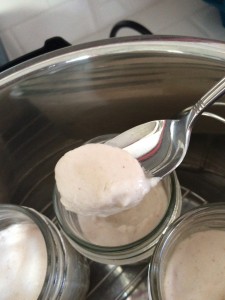 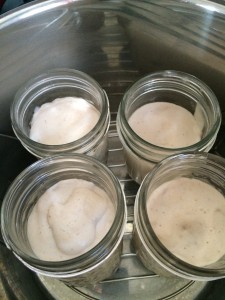 Here are some other ways you can culture yogurt:

Do you make non-dairy yogurt? What method do you use? Comment below!